The 5th place in the German all-time type list is held by the LS-4 with 241 licensed aircraft. If the succeeding variants are added, the true number one shows is popularity. More than half of the LS4 family aircraft are flying in Germany and this may not be the end of the story. 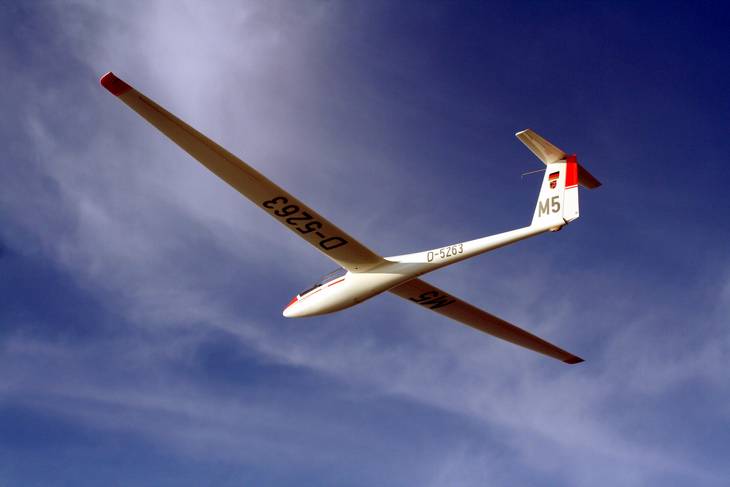 From the experience Walter Schneider and Wolf Lemke gained with the LS1 and the LS3 the LS4 was developed together with Hans-Jörg Streifeneder as a successor for the LS-1.
It had a bigger cockpit and even more balanced flight characteristics than the LS1 and was expected to be more attractive for a bigger customer group and this target was reached fast. After three years the total production number of the LS1 was reached and surpassed. By the time the production was stopped, 1048 models were built in three variants.
All variants have the LS- typical double-trapezoid wing shape with a Wortmann Profile and an elegant fuselage showing its perfect aerodynamics.
This model is completely made from glassfibre with a standard T-Tail assembly, airbrakes on the upper side of the wings and a retractable landing gear. Water bags allow weight adjustment.
This standard class glider won the first World Championship after ist production start in 1981, followed by the European Championship 1982. At the World Championship 1983 pilots flying the LS4 got the first six places. It remained in the leading spot on the national championships for the next few years.
The LS4-a brought significant changes in the maximum operation weight (increased from 472 to 525 kg, wing loading increased to 10,3 pounds per square foot), increased water ballast (up to 170 kg from 140 kg) and a raised maximum speed of 280km/h. Towing speeds were also raised by 10km/h.
More changes were introduced with the LS4-b. A new jettison mechanism for the canopy, a tail tank, a new landing gear lever were introduced as well as the automatic connection of airbrakes and ailerons on rigging and an instrument panel attached to the canopy frame enabling the panel to be raised with the canopy for easier getting in and out of the cockpit.
Aero Towing is possible with both the optional nose hook and the standard winchhook (mounted in the landing gear assembly). Minimum towing speed is 120km/h with water ballast.
Since 2004 the LS4 can be retrofitted with winglets, a change that has to be certified by a licensed workshop or examiner. 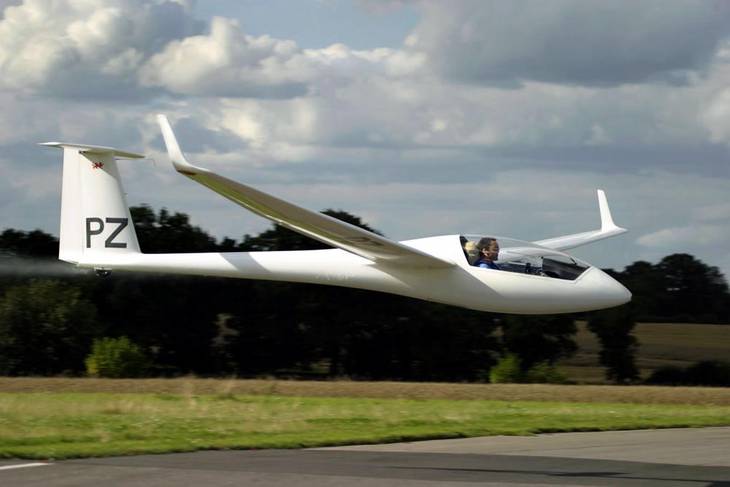 With the Takeover of Rolladen-Schneider by DG in July 2003 the production of the most popular model was stopped. Only the LS8 (and by now the LS10) was kept in production, since DG would have hurt its own DG-303 production with the LS4  even though Friedel Weber classified the LS4 as the ideal student glider with its fool-proof landing gear lever, the big cockpit and very easy to fly.
Service, spare parts supply and certification will be upheld by DG-Flugzeugbau. Used gliders are still very expensive, prices range around 30,000  for a fully equipped glider.
Currently 241 LS4, 144 LS4-a and 143 LS4-b are registered in Germany (numbers from 2005).

some more Photos of the LS4